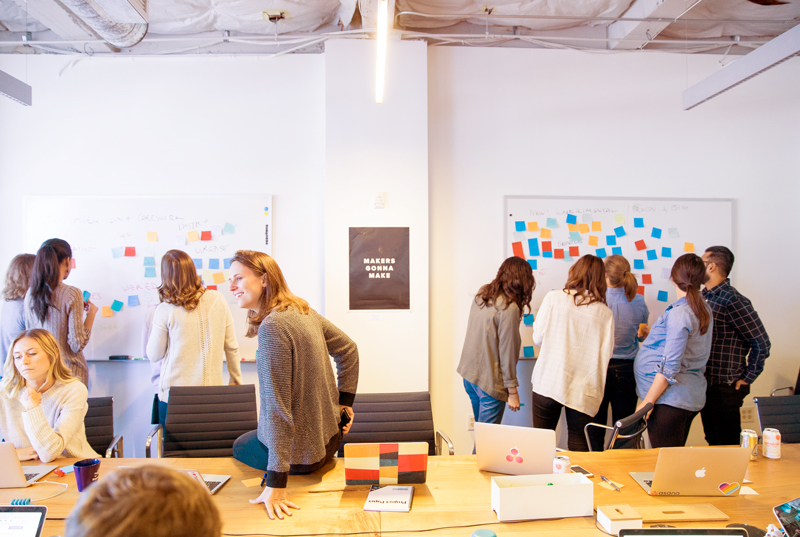 The story behind Zappos’s shift to Holacracy

Designing teamwork: an interview with Dana Cho of IDEO

This is a condensed transcript of an internal talk by Asana co-founder Justin Rosenstein. We hope you find it a valuable resource for building empowerment and trust in your organization.

In a traditional company, executives call the shots, and employees often feel like cogs in a machine. We’ve adopted an alternative approach at Asana that, in our experience, has led not only to happier teammates, but also to better decisions, faster. As we’ve shared this model with more companies, many say they’ve found it valuable (and, in some cases, transformational to how they work).

At Asana, we aspire to an unusual level of empowerment, where everyone is autonomous in their role in accomplishing our company’s mission. This approach comes with challenges, but we believe they’re worth it, because it leads to better outcomes faster. It also enables us to hire higher-caliber teammates, because super talented people want to bring their full capabilities to bear and directly influence outcomes. Individual empowerment typically fades as startups grow, but it doesn’t have to.

Creating a structure of empowerment

There are many ways to organize decision-making within a company. There’s the top-down model, where whatever the CEO wants, the CEO gets. They may delegate things to their VPs (down the line of command), but if at any point the CEO wants to overrule one of their reports, they win.

On the opposite extreme, there’s the consensus model, where you need buy-in from a whole team to get anything done. In the extreme, if a team member disagrees, they fold their arms and refuse to work.

We’ve been using a third model we call Distributed Authority, where we structure the company around Areas of Responsibilities (AoRs). For any given area of the company (such as product launch management, or internal communications, or recruiting operations), there is ultimately one Directly Responsible Individual (DRI) who’s responsible for good outcomes and who’s empowered to make the call on any decisions in that area—even if their teammates and their manager disagree with them.

Now, effective DRIs collect lots of advice before they make a decision. They hear everyone out. They incorporate feedback. They explain their final reasoning. They earn trust. But it’s ultimately their call.

With one clear decision-maker, decisions can be made very quickly in this structure. The organization has entrusted them to move work forward in the way they think is best. If someone else has input, the AoR owner is the person to appeal to.

Tyson, a product designer at Asana, once said that the hardest thing about working here is that you’re so empowered. Wha?!

At most companies, executives bear the burden of making big decisions. But with Distributed Authority, the person actually doing the work generally makes the call. Ironically, this level of empowerment is one of the biggest selling points for people deciding to join Asana, but it can freak them out once they arrive, because making the call is uncomfortable. Sometimes the right decision to make is the big, bold, risky one. And that can be scary—what if it goes wrong?

By definition, if it’s a big, bold, and risky decision, there’s a good chance it could go wrong. So we encourage taking calculated risks. We embrace failure. If someone’s decision leads to a bad outcome, it may be reason to give them more responsibility (not less), because now they’re better calibrated on how to do things next time. Failure is how you become experienced.

When things go right, it makes the fear and discomfort of decision-making worth it. For example, sometimes [Asana’s design lead] Amanda and I will give designers contradictory feedback in a design review. Sometimes a new hire will hear me say one thing, Amanda says the opposite, and then they’ll pause and wait us for to talk it out and come to an answer. We’re like, “Nope! It’s your call. Good luck!” Often the designer will think deeply about what we said, realize that there was some truth to both points of view, and come back with a way, way better solution than either of us thought of.

For really tough decisions, we have lots of support structures to help people think them through, or share the emotional burden of having to decide. We go so far as to make the number one function of managers be to coach and empower team members. If we drew an org chart, instead of having the CEO on top, we’d have the CEO on the bottom. It’s like a tree, where individual contributors are the fruit—the people doing the work—and managers are supporting branches.

This often means that newer employees at Asana actually have to unlearn habits from working at other companies. Senior managers aren’t just people to please; they’re resources. You succeed by being blunt with them about what you need. And for those who have been managers at certain other companies, it means realizing that their direct reports are the people they actually serve.

The flip side of empowerment: trust

For this system to work, mutual trust is critical. If we constantly second guess each other, empowerment becomes an empty platitude. And worse, if we empower people who don’t deserve trust, we’ll act incompetently and build a terrible product.

Trust, in contrast, lets us empower each person to run their own experiments and move quickly. It means we can hire the best people, who want to be trusted. And trust is especially critical as we grow; as companies scale, and people start getting split across different locations and timezones, it’s so easy to write off other teams.

Three suggestions for creating an environment of trust:

If someone isn’t living up to their responsibilities, it’s their manager’s responsibility to coach them into excellence—or, as a last resort, relieve them of their responsibilities. But either way, the organization needs to commit to ensuring the person with each Area of Responsibility is actually worthy of trust. If you’ve already given honest feedback to an AoR owner, but feel that their performance is consistently poor and not improving, don’t be afraid to talk directly to their manager (who may tell you why their report should be trusted, or to coach the person into deserving their AoR, or remove or re-scope the AoR).

Why is scaling empowerment and trust so important to me? It’s an odd thing to prefer as a leader of a company, because it’s disempowering to me in many ways. But this really is our company. We are co-creating it together. You’re here because we believe in you. If you’re excited to fill a need, offer to step up—even if you can’t do it yet. At a lot of companies, you grow by taking on fancier and fancier titles. At Asana, you grow by taking on new responsibilities and becoming increasingly baller at your current responsibilities.

When everyone on a team is empowered and trusted to manifest their full potential, each person becomes capable of so much more, which makes the company capable of so much more. Our experience is that, with the right team, distributed authority results in organizations that are happier and more effective in accomplishing their most ambitious missions.